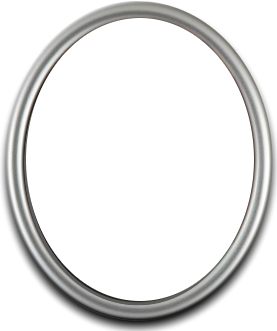 Tijana Ognjanovic, 8, cherished daughter of Jelena and Nebojsa Ognjanovic, beloved grand-daughter of Marina, Stana and Predrag, great-granddaughter of Javorka, loving niece of Marijana. Tijana will be eternally missed by numerous other family members, Kumovi and friends in Serbia, the USA and world-wide. Interment Sunday, July 21, 2013 at 11 a.m. at the Lesce Cemetery in Belgrade, Serbia. PRESS RELEASE Tijana Ognjanović sadly lost her fight to live Belgrade, July 17, 2013 On behalf of the Ognjanović family, we very sadly announce that eight year old Tijana Ognjanović lost her fight to live. Tijana was being medical prepared to receive a new heart from a prospective donor so as to have a chance to continue her young life. Tijana died on Monday, July 15, 2013, in the Texas Children Hospital in Houston, Texas was due to have a heart transplantation. Little Tijanas funeral will be held Sunday, July 21, at 11 a.m. at Lešće cemetery in Belgrade. Little Tijana’s condition was a very delicate one. Six years ago she was diagnosed with a very rare form of restrictive cardiomyopathy and since then was treated at the Institute for Mother and Child Dr. Vukan Čupić.” in Belgrade. In the summer of 2012, Tijana suffered a sudden deterioration of her health and in December her kidneys failed. In the meantime, her parents initiated a fundraising for a heart transplantation in Vienna, Austria as the only option for saving Tijanas life. Tijana was admitted in the AKH Hospital in Vienna, but the doctors, having in mind the kidney failure and the bad clinical findings, declines to put her on the list for a new heart. The parents tried to find a new solution and contacted several internationally renowned clinics that perform heart transplants on children. They were accepted by the Texas Children Hospital, Houston and told that the cost of the procedure and the stay would be up to one million dollars. In their effort to do whatever it takes for their child, the parents continued the fundraising for the heart transplant. HRH Crown Princess Katherine and her Foundation managed to lower the price to $ 700,000 as well as to provide accommodation for Tijanas parents during their stay in Houston. The struggle for Tijana’s new heart stirred and moved both the public and the media, and prompted many socially responsible companies, institutions and individuals, who put great efforts into raising the necessary funds for the trip to Houston. At the beginning of April 2013, Tijana, accompanied by her parents Nebojša and Jelena Ognjanović, travelled on a special medical flight of Orange Aviation to Houston, United States, where she was admitted to the Texas Children Hospital and started a series of tests and preparations for the heart transplant, as the only way of saving her young life. After the series of tests and stabilization of Tijanas health condition, on Good Friday, May 10, 2013, Tijana was officially put on the waiting list for a new heart. The recovery went very well, Tijana was discharged from the hospital and went with her parents to Ronald McDonald’s guest house, having check-ups at the hospital three times a week. Two weeks ago, in the beginning of July, new complications emerged and Tijana’s condition started to deteriorate. In order to save her life, the doctors decided to perform an operation of installing a mechanical pump that stimulates the heart. The operation was performed by the top world’s cardio-surgeons and it lasted over nine hours. Tijana managed to overcome this problem and started her recovery. The doctors told the parents that her organism would require at least two months to recover, so that the transplantation would be possible. For the first time in six years, Tijana’s heart worked with a capacity over 70 percent. Unfortunately, in the night between Sunday and Monday, a sudden failure of her kidneys occurred, followed by liver failure and eventually a massive brain haemorrhage. Tijana’s body could not fight anymore and her life was over in the early morning hours. At this very difficult moment for Ognjanović family, little Tijana’s parents once more thank all who supported them in the struggle for the life of their child, and appeal to the public to have understanding for their great loss and pain, which they wish to face in privacy.

Heaven has a new little angel. God’s blessings and peace to Tijana’s family.